Bonn Minster is a magnificent Roman Catholic minor basilica with a rich history, in the city’s historic downtown. It was built between the 11th and 13th centuries, first as a Roman temple and then it was used as a Christian church. According to legend, the martyrs Saints Cassius and Florentius were beheaded for their religious beliefs at the current location of the Bonn Minster. 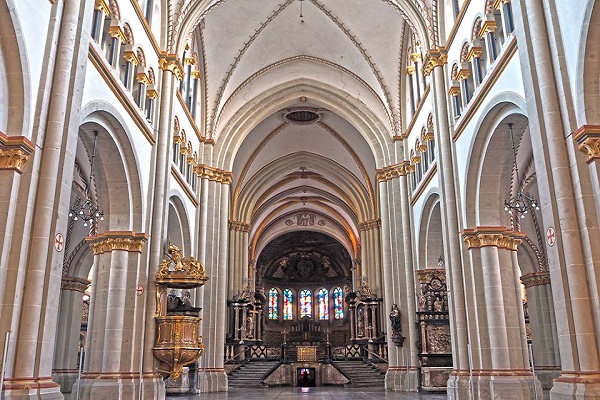 With its beautiful Romanesque symmetry and intricate façade, this 11th-century building is one of the city’s finest Roman Catholic monuments. The minster’s site has been sacred for over 2,000 years, with its early foundations belonging to a Roman temple. Later, it became a Christian church and a shrine to Cassius and Florentius, two Christian Roman martyrs. 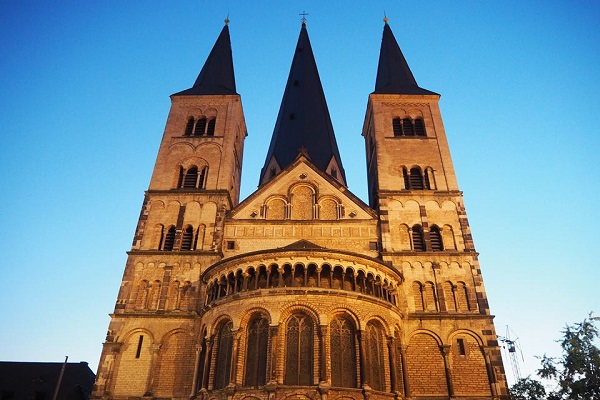 Stroll around the building to take in its ornate Romanesque details. The west end is the oldest, whereas the east end has a wide modernized plaza. Admire the basilica’s breathtaking central tower, which rises 315 feet (96 meters) into the sky. Check out the sculptures of the heads of Cassius and Florentius in the plaza. These sculptures were added in 2002 and represent the two soldiers who were martyred on this site for their religious beliefs around A.D. 235.